Winners and Losers from US 2022 Domestic Migration 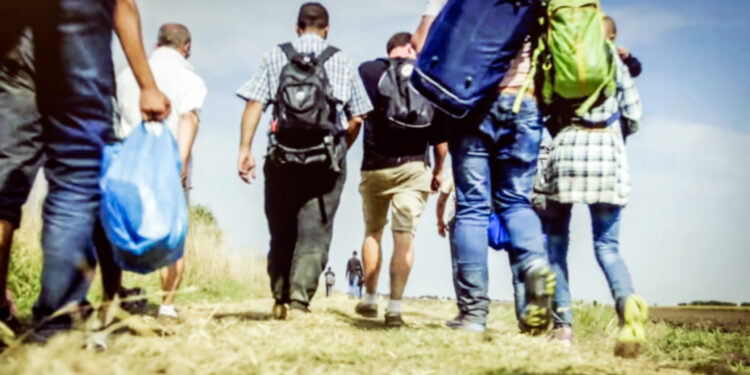 2022 was a unique year in many respects. The world began to emerge from the pandemic, Ukraine was invaded, and the after-effects really took hold. In terms of the stock market, 2022 was the worst-performing year since 2008. The Dow finished the year down 8.8%, the S&P 500 plummeted by 19.4%, and the Nasdaq culminated a miserable 12 months falling 33.1%.

Amidst such chaos, US domestic migration was equally chaotic. Folks and businesses move between states for several reasons. We’ve always had a degree of migration, but 2022 was amped up to historic levels.

California lost the most residents to other states – 343,230 to be exact. New York followed with 299,557, and Illinois rounded out the top 3 having lost 141,656. The winning states were typically those with lower taxes, a higher standard of living, and more affordable housing. Florida was the big winner drawing in 318,855 newcomers, with Texas coming in second (230,961), and then North Carolina with 99,796 new residents in 2022.

In terms of overall population growth (new births included), Texas holds the top trophy with 470,708 new residents, followed by Florida with 416,754, and North Carolina at 133,088. In terms of regional trends, the Pacific Northwest revealed some interesting data. For example, between 2010 and 2020 Washington state attracted 371,258 newcomers. In 2022, however, Washington lost 3,580 residents, the first such loss in a decade. Oregon also lost more folks than in previous years and pundits believe the mounting disorder in cities like Portland and Seattle was the likely culprit.

In terms of new arrivals to the Sun Belt states, the Midwest and Northeast states had always been reliable candidates. But this exodus to Sun Belt states accelerated in 2022 when cities like Orlando, Nashville, Dallas, and Phoenix saw an inflow of folks from San Francisco and New York City like never before.

For those states that are losing folks, the message is clear – most people aren’t fond of crime, high taxes, and burdensome regulation. High taxes are fine if residents are seeing their tax dollars put to work – less social disorder and cleaner streets. But that is not occurring in most of the cities that have lost folks in 2022. As always, a new year awaits.

Why PU Prime is the Best Forex Brokerage

Pinterest stock down 10% on disappointing Q4: should you buy?

DeFi Will Be the Foundation of Crypto’s Next Cycle: Pantera Capital