A strong UK Manufacturing report for December is responsible for the GBP/USD reversing its losses from earlier in the week. It shows the sector expanding at a strong pace, 57.9 vs. 57.6 previously and 57.6 forecast, on the back of higher output, new orders, and higher employment.

As a result, the British pound surged across the board, gaining against its peers. Not only the GBP/USD is higher on the day, but so is the GBP/JPY, while the EUR/GBP fell more than fifty pips.

However, not everything looks rosy in the report. For instance, new export orders fall for the fourth month running, while selling price inflation hits fresh record highs.

The technical picture shows two bullish patterns. First, there is a possible inverse head and shoulders pattern in the making. The market is currently “working” the right shoulder, and a daily close above 1.3550 should be interpreted as a breakout about the pattern’s neckline. Traders would likely push for more upside on such a move as the road is open for the measured move, shown in orange on the chart below.

Second, the lowest points in the inverse head and shoulders pattern coincide with a triple bottom. The market tried its hand at the 1.32 area three times in a row, and each time it was rejected. 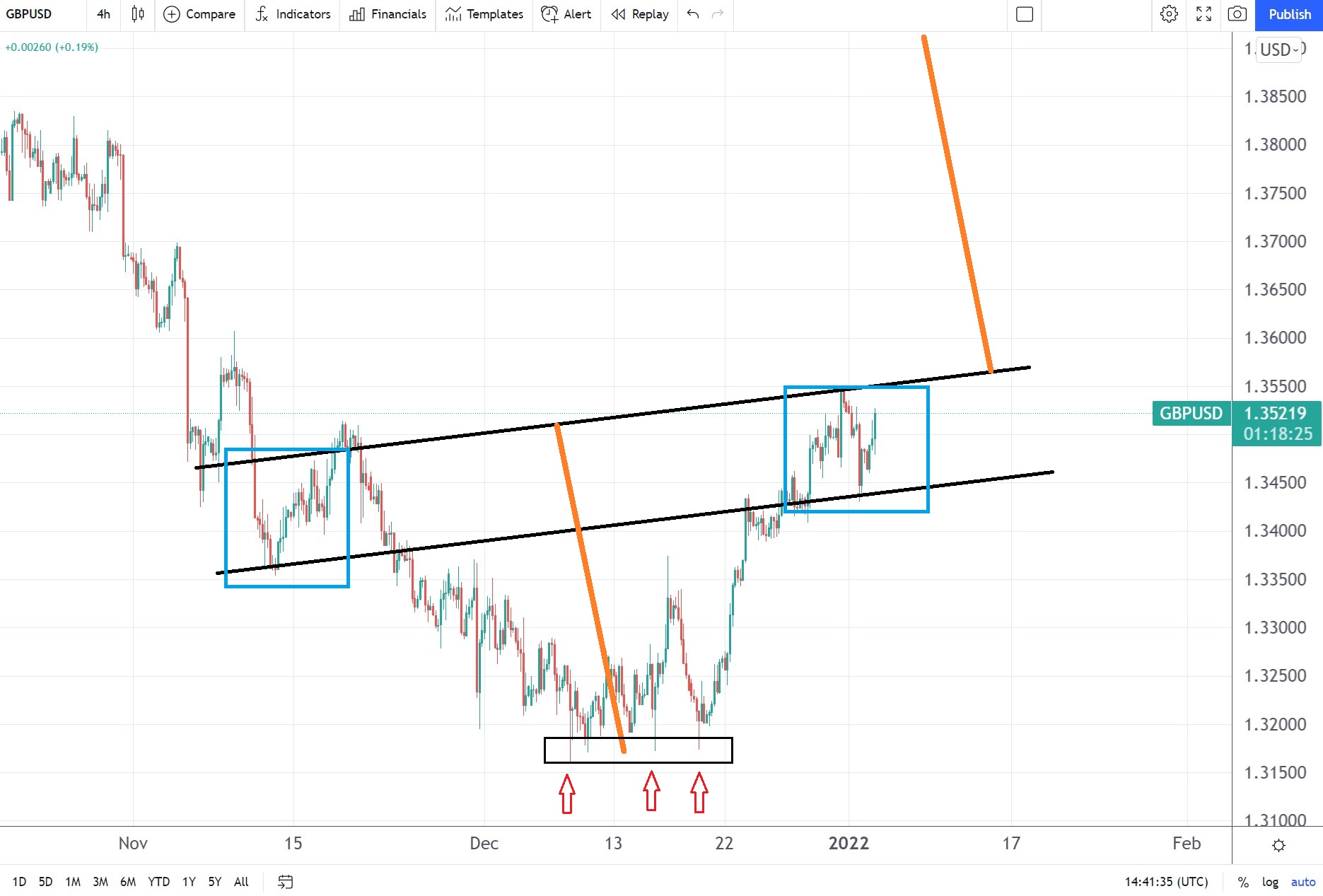 While it is early in the trading year, the manufacturing report supports the Bank of England’s (BOE) hawkishness. In December, the central bank hiked the interest rate, and investors forecast more hikes soon. Definitely, the fact that the manufacturing upturn continues should prove the BOE right and thus supports more strength ahead for sterling.

On the flip side, the big unknown comes from the United States. The economy is strong, and the Fed is preparing to hike this year, but traders need more clues. The first one comes in three days from now, as the Non-Farm Payrolls report is out on Friday. The US dollar may show some strength on better than expected jobs data.

India will consider 28% additional tax on crypto sales next week