Strong performance for the S&P 500 in October

The S&P 500 index is just shy of its all-time highs as investors remain bullish stocks. Chevron and Pfizer investors prepare for the quarterly earnings.

This is the month’s last trading day, and we leave behind a month full of important events. On the stock markets, the main indices in the United States have made several all-time highs. The strong earnings season partly explained the relentless bullishness as U.S. corporations continue to outperform their peers.

The bullish sentiment transpired in Europe too, where the UK FTSE 100 index broke its months-long range and made new highs for the year. The German Dax index trades close to record levels, too, as the uncertainty following the German federal elections dissipates.

In the currency market, the price action was slower than the one in the stock market, despite many central banks’ decisions. Most notably, the Federal Reserve of the United States confirmed that it believes it is time to taper its asset purchases, and the announcement is expected at the next week’s meeting.

However, the announcement did not lead to a taper tantrum, as the markets priced in the Fed intentions already. As such, the environment for the rest of the trading year remains pro-risk, despite the path for risk assets to push higher narrowing.

This week, the Bank of Canada ended its quantitative easing program too and confirmed that a rate hike in April 2022 is in the cards. In addition, the European Central Bank’s new strategy diverges, as it is likely to step up asset purchases once pandemic-emergency purchases expire next March. Market participants closely monitored all these central bank decisions as they affected the volatility both in the currency and the equity markets.

Inflation cooled off this month but remained at elevated levels. Energy prices, in particular, are a concern as economies in the Northern hemisphere prepare for the winter season. Oil rallied, and so did natural gas. Precious metals traded in a tight range, as gold still has trouble clearing resistance at the $1,800 level.

After the U.S. GDP missed expectations yesterday, it is time to see if the same happens in Europe. The Euro area Preliminary Flash GDP is expected to be released today, forecast at 2.1% q/q, slightly down from the 2.2% previously.

But this is not the most relevant piece of economic data for traders and investors today. Inflation data will, once again, steal the headlines.

The CPI Flash Estimate in the Euro area is expected at 3.7% y/y, and the core data, which excludes energy and food prices, is expected at 1.9%, close to the 2% inflation target part of the ECB mandate.

Canadian GDP is expected as well today, forecast to grow by +0.7% m/m. This week, the Canadian dollar was on the move after the Bank of Canada delivered a hawkish message and suggested rate hikes may come sooner than the market expected.

Finally, the Core PCE Price Index m/m in the United States is released today too. The market expects it to rise by +0.2%, declining slightly when compared to the previous month.

All in all, the price action should increase significantly surrounding the main fixing times, as the daily, weekly, and monthly ones coincide. Whenever this happens, volatility increases significantly.

Today’s markets to watch are S&P 500, Chevron, and Pfizer. 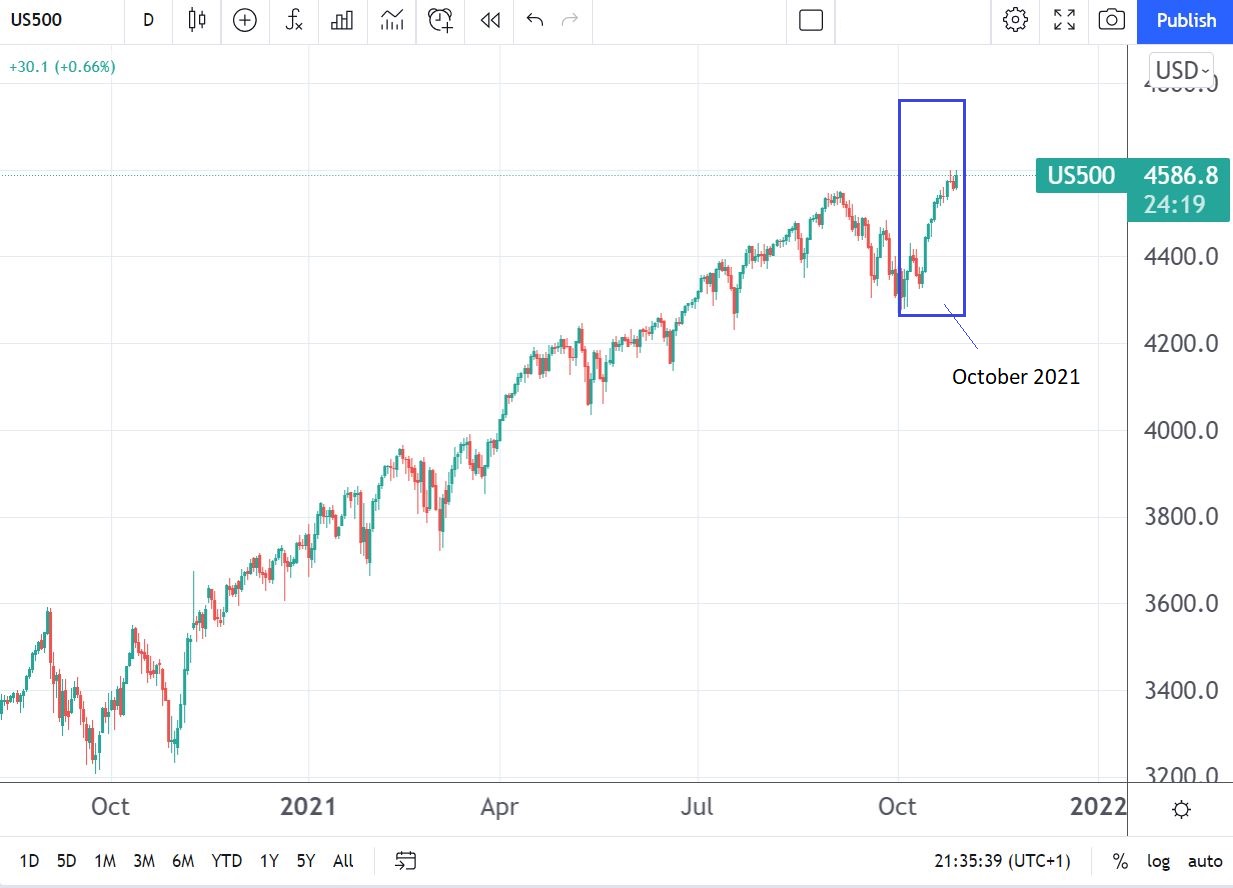 The U.S. equity markets have put a stunning performance in October. After rallying the entire year, the main U.S. indices have surged this month, as reflected above by the S&P 500 index. With only one trading session left in the month, it is hard to have a contrarian opinion when the equities rally so hard. 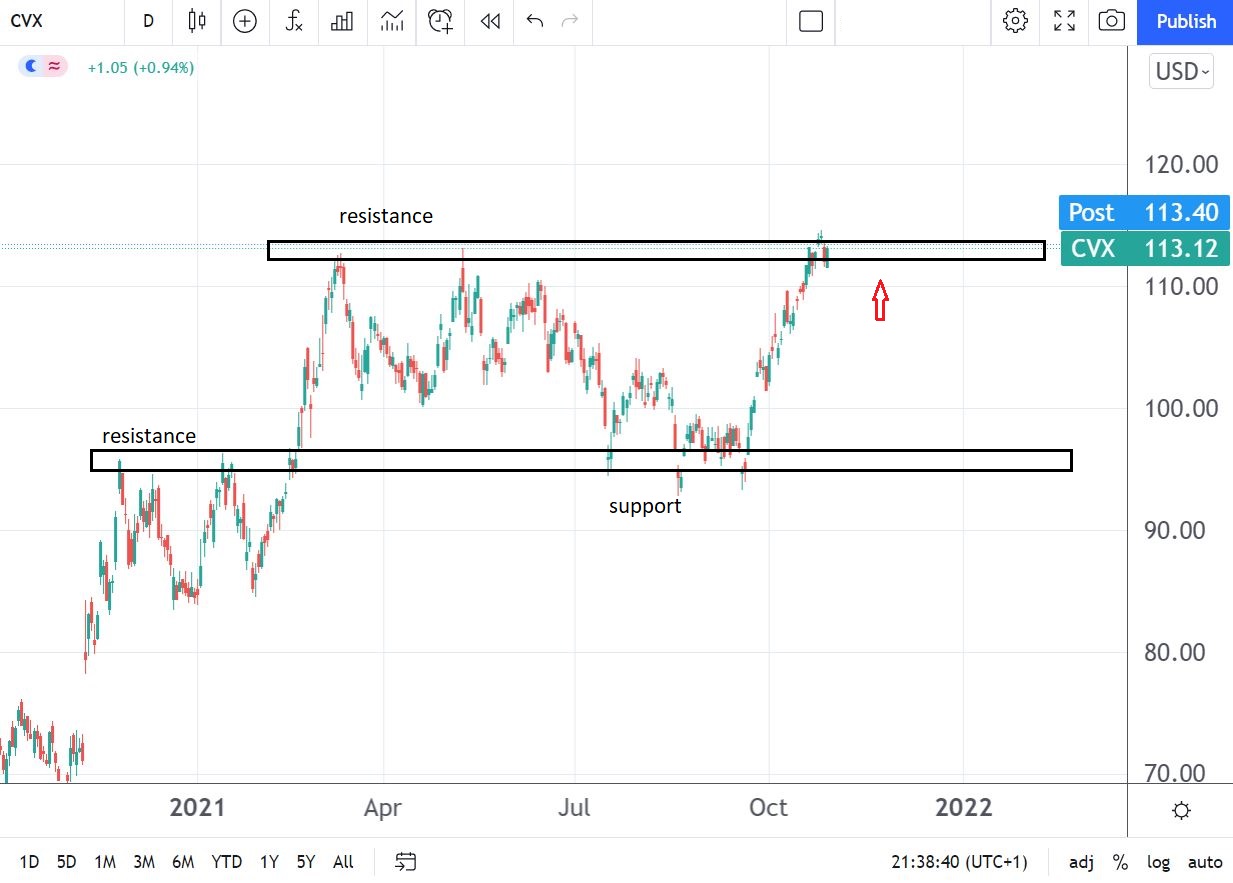 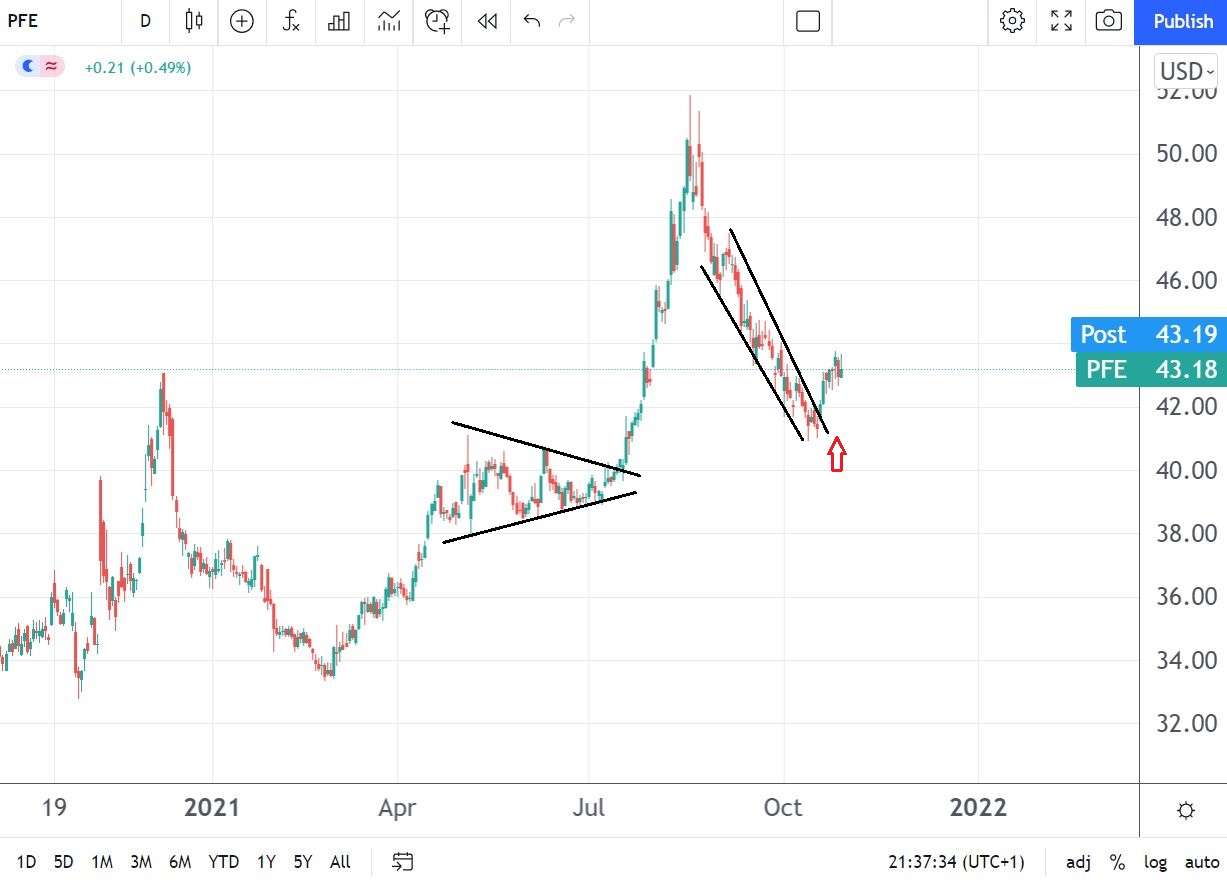 Pfizer surged this year to over $50, but the stock price corrected significantly since the highs made during the summer. However, it broke recently from a bearish pattern that resembled a falling wedge pattern, and thus the bias turned bullish while above $40.

U.S. equities and oil were the main winners this month; the Japanese yen traded only lower.

Carnival shares break below their pandemic low: buy the dip?

Tesla’s robot is a real robot now, not just a guy in a suit