Financial markets prepare for what may be the most important economic event for the rest of the year – the FOMC Statement, Press Conference, and Economic Projections. The S&P 500 index is well off its recent highs, as the U.S. equity markets reacted to the Evergrande saga developing in China. The possible bankruptcy of one of the largest Chinese property developers may have spillovers into the international financial markets.

As such, the main index is down for the week. Nevertheless, the S&P 500 futures point to a positive opening, up more than 0.5% when this article is written and ahead of the Fed’s decision.

The Bank of Japan’s monetary policy decision turned out to be a non-event, meaning that no changes in the policy were announced. As such, attention turns to the Federal Reserve of the United States. Investors will concentrate on the economic projections and especially on the path of future rate hikes.

Today’s markets to watch are S&P 500, Costco, and Carnival. 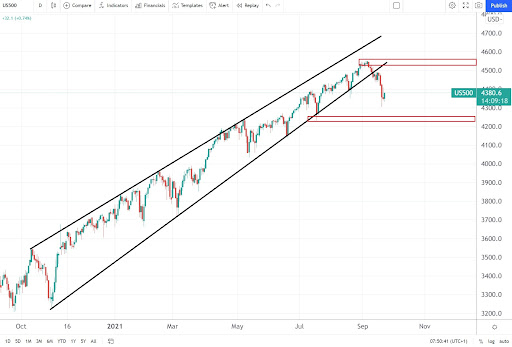 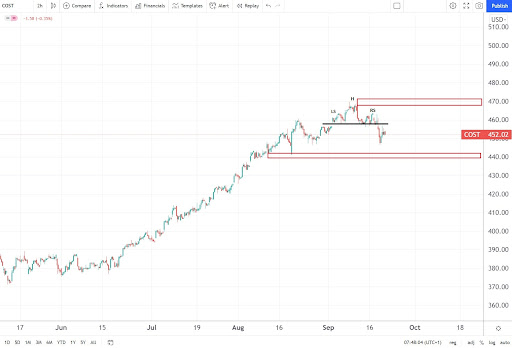 Costco formed a head and shoulders pattern ahead of the quarterly results. The company releases its Q4 2021 earnings tomorrow at 02:00 PM PDT and investors expect EPS of $3.54 on the quarter. From a technical analysis perspective, Costco stock price remains bullish while it holds above $440 and a daily close above $470 would invalidate the head and shoulders pattern. 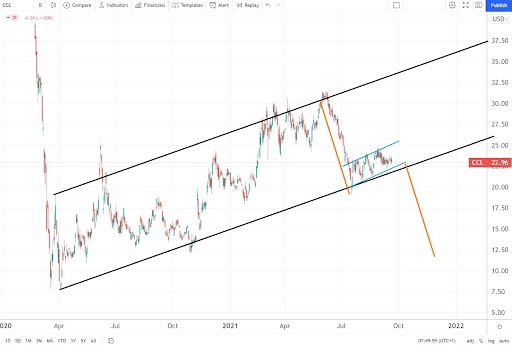 On Friday, Carnival releases its quarterly earnings, too. The stock price has met dynamic support at the lower edge of a rising channel but has failed to bounce so far. A daily close below $20 suggests more weakness as projected by the measured move of a bearish flag pattern.

Oil trades with a bullish tone, while equities are still sold on any bounce.

Where to buy Nano Dogecoin as INDC rallies by 203%

Where to buy Nano Dogecoin as INDC rallies by 203%