The equity markets in the United States continue their correction. The Dow Jones and S&P 500 futures markets point out to a decline of more than -0.4%, thus putting pressure on the European indices. All European markets are in red, led by the U.K.’s FTSE 100, which is down about -1% at the time this article is written.

Currencies had a relatively stable week, despite two central banks already announcing their policy decisions – the Reserve Bank of Australia and the Bank of Canada. The U.S. dollar gained some ground on the back of the equity markets’ weakness and now it is time to see if the strength continues at the end of the trading week.

The main event of the trading day is the European Central Bank’s Monetary Policy Statement. The market participants await the forward guidance regarding the asset purchases. The volatility in the common currency (i.e., the euro), is expected to rise significantly.

On the other side of the ocean, Canadian dollar traders will focus on the Bank of Canada’s Governor Macklem speech about the Economic Progress Report. Also, the Crude Oil Inventories in the United States may move the Canadian dollar as well as the WTI crude oil price.

Today’s markets to watch are silver, AMC, and Certara. 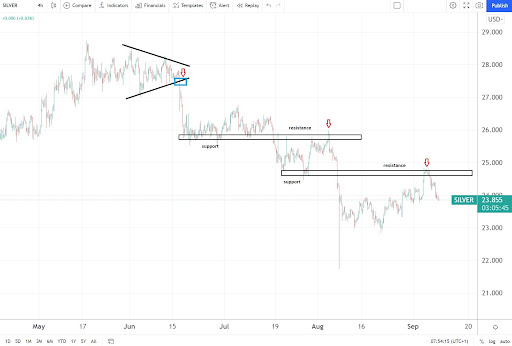 Silver price trends lower following closely the bearish move seen in the price of gold. From a technical perspective, the troubles started in June when silver price dropped out of a triangle that acted as a reversal pattern. From that moment on, it failed at resistance every time it met one. Should we see a move below $23, more weakness is likely. 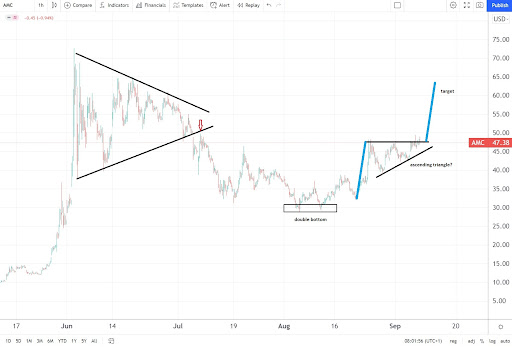 AMC’s technical picture looks bullish after the company’s management discussed a possible partnership with GameStop. The price action indicates a possible ascending triangle pattern with a target above $60. AMC’s stock price has put a double bottom pattern at $30 before bouncing strongly from the lows. 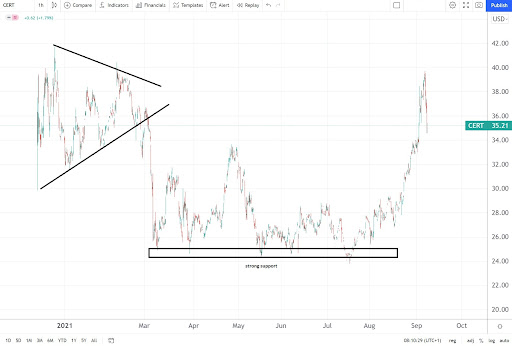 Certara investors were taken by surprise by the company’s announcement that it is offering common stock at $31 – much lower than the current market price. The offering closes in four days, on September 13th, and the company expects to raise about $140 million. Certara’s technical picture still looks bullish, after bottoming at the $24 area. A move and daily close above $40 will trigger further strength.

The U.S. dollar continues its run higher especially against the euro; Dow Jones remains weak while below 35,000 points.

How to Survive the Coming Market Crash

A Guide to Choosing AML Solutions for Banks and Fintech

How to Deal With a Truck Accident

Ankr announces the launch of its Ankr 2.0

How to Optimize Waste Management in Your Warehouse

Polygon gets a boost after being included in Disney Accelerator Program

20
No Result
View All Result