Silver and gold prices are affected by the rise in yields, while other commodity markets, such as natural gas and oil, rally. Columbus Day holiday in the United States to bring less volatility to financial markets.

Commodity markets continue their divergence – precious metals remain under pressure while energies rally. As such, silver and gold prices have a hard time bouncing from their lows, while the oil and natural gas rally extends its pace.

Today is the Columbus Day holiday in the United States, and so the banks are closed. However, the stock market is open, so we should not be surprised to see some late reaction to the Non-Farm Payrolls (NFP) release from last Friday.

In Europe, the equity markets opened little changed, with the biggest advance seen in Portugal, where the PSI 20 trades higher by more than 1% to start the trading week.

The WTI crude oil price remains well bid and trades with a bullish tone even while above $80. The high oil prices have likely put further pressure on inflation, and investors will find out just how much inflation rose in the previous month because inflation data is due out this week.

Due to Columbus Day, there are no significant events that might impact the market. As such, the stock market’s price action will likely impact other markets too.

Today’s markets to watch are silver, Wells Fargo, and BlackRock. 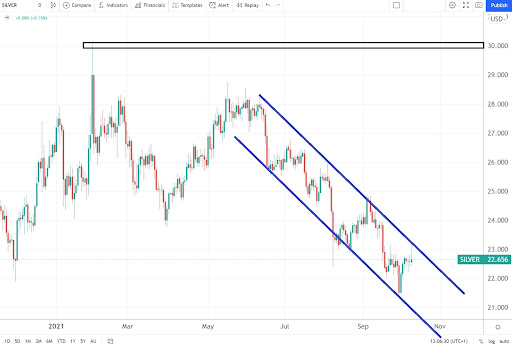 Silver price trades with a bearish bias, and the bearish channel confirms it. The market keeps forming lower lows and lower highs, and as long as it does so, no reversal is possible. Only a daily close above $25 would turn the bearish sentiment around. 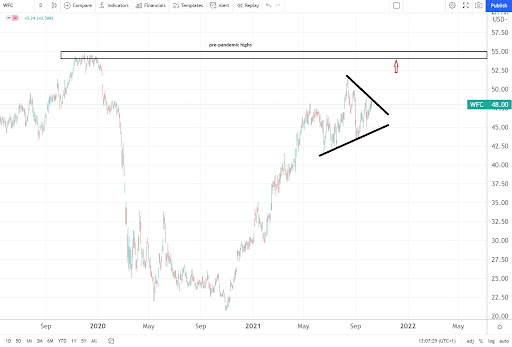 Wells Fargo is one of the companies in the financial services sector that will release its quarterly earnings this week. The stock price consolidated during the summer just below the pre-pandemic highs, and a bullish triangle appears. A daily close above $50 would mean that the triangle broke higher, and bulls will try to give it a push to new highs. 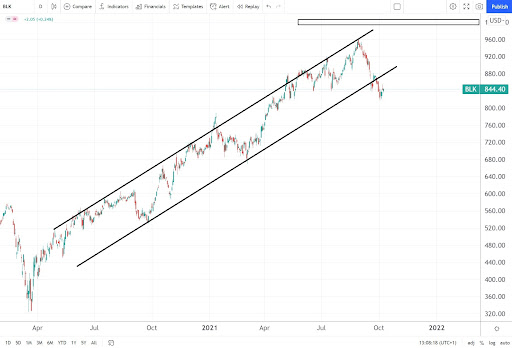 BlackRock also reports its quarterly earnings this week, and the market just fell out of a rising channel. The bullish trend started from the 2020 pandemic lows and, until recently, continued in a rising channel. The $1,000 round level looms large, and we should not exclude another attempt to break it. Until then, bulls may want to see the price action moving back above $900 first. On the flip side, a failure to regain the $900 level suggests a bearish trend has started.

Oil started the trading week on a strong note; the Japanese yen declines, fueling a small rally in the Nikkei 225 index.

Bitcoin and Ethereum whales are preparing to buy big stacks

This is when the Bitcoin bottom will be in