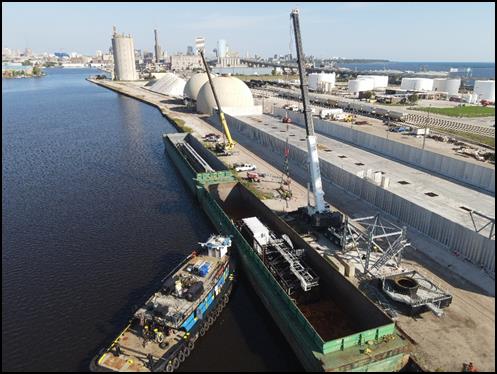 The Made in America ship loader traveled more than 1,500 miles by barge from New Orleans, Louisiana, up the Mississippi and Illinois Rivers to Jones Island. This equipment is capable of loading 40,000 bushel/1100 ton per hour onto both vessels and barges.

The ship loader, which is currently being installed on Jones Island, will serve as the heart of DeLong’s loading operations and represents a major milestone in the development of the agricultural maritime export facility at Port Milwaukee. Construction of the full facility is expected to be complete in 2023, coinciding with the annual start of Port Milwaukee’s international shipping season.

The new facility, located on the west side of Jones Island, will be one of the first on the Great Lakes – St. Lawrence Seaway (GLSLS) system to handle various agricultural commodities via truck, rail and international vessel, including Dried Distillers Grains with Solubles (DDGs). DDGs are an animal feed supplement derived as a byproduct of ethanol high in nutrients. This facility will open Wisconsin’s maritime and agricultural economies to new international markets for this and other products. Future service at the facility may also include the export of Wisconsin-grown soybeans, corn and grain.

The Wisconsin Department of Transportation has estimated the DeLong terminal will alone generate $63 million in new statewide economic impact annually, increasing exports through Port Milwaukee by as much as 400,000 metric tons per year.

Thanks to a robust public-private partnership, this development is the largest one-time investment in Port Milwaukee since the 1950s, when the St. Lawrence Seaway was being built. Port Milwaukee was one of the first nationwide grant recipients of the Port Infrastructure Development Program (PIDP) through the U.S. Department of Transportation. Additional facility funding has been provided by the Wisconsin Department of Transportation, Port Milwaukee, and The DeLong Co., Inc. Overall terminal construction costs are currently estimated at approximately $40 million.

Port Milwaukee is an economic entity of City government governed by the seven-member Board of Harbor Commissioners, a panel appointed by the Mayor and confirmed by the Common Council. It administers operations on the 467 acres that make up the Port. It promotes shipping and commerce throughout the region by providing access to domestic and international ships, rail, and over-the-road transportation.

About The DeLong Co., Inc.

The DeLong Co., Inc. is a 6th generation, family-owned business that is headquartered in Clinton, WI. The company operates 37 locations around the U.S. and comprises six divisions of agricultural and logistical sales and services: grain, exports, agronomy, seed, transportation and wholesale feed. The DeLong Co., Inc is the largest U.S. exporter of containerized agricultural products. 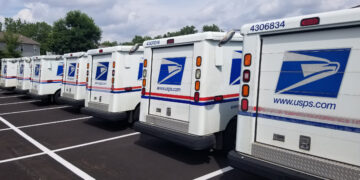 Postal Services to be Closed Monday, Dec. 26, and Monday, Jan. 2 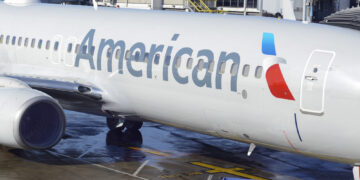