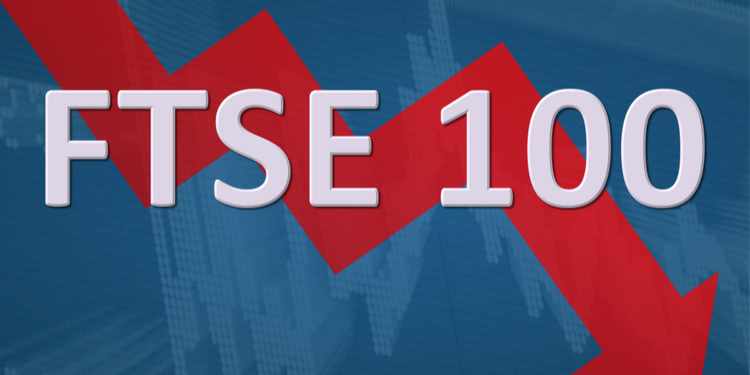 FTSE 100 outlook turns bearish as it fails at resistance for the third time in a row. The focus shifts now to support the 6,800 area. Charlie Munger doubles down on his Alibaba bet, Palantir is rewarded a U.S. Army contract.

On Tuesday, the stock market recovered sharply, with main European and U.S. indices ending up the day well in green territory. But it all reversed overnight, as most of the gains vanished by the time the European session started today.

FTSE 100, in particular, looks weak. It failed to hold above 7,200 and simply consolidated below while the U.S. indices rallied. On any sign of weakness in the United States equity markets, the FTSE 100 declined, suggesting bears are in control.

In the United States, the market reversed some of its September losses, but it is too early in the trading month to draw any meaningful conclusion. Futures markets show the main indices in the red, with the Nasdaq 100 leading the declines, down more than 1% at the time this article is written.

European indices joined on the downside, with the German Dax index down -2% in the first trading hour. Similar declines are seen across European markets.

There is no particular piece of news to attribute the declines, except for the developments in the energy market. Natural gas has been up by 35% in the last three days alone, and such price dynamics cannot and will not be handled by economies easily. The thing is that natural gas makes up 25% of the global energy consumption, and so the price increase will end up fueling inflation much more than policymakers have anticipated.

Gold is weak, trading at $1,747, as a strong U.S. dollar puts pressure on the yellow metal, while the WTI crude oil price trades close to $79.

Today it is all about the ADP Non-Farm Employment Change or the private payrolls in the United States. The market expects the private sector to have added 425,000 new jobs in September, and traders will use today’s numbers to form an educated guess about the Non-Farm Payrolls release scheduled two days from now.

Today’s markets to watch are FTSE 100, Alibaba, and Palantir. 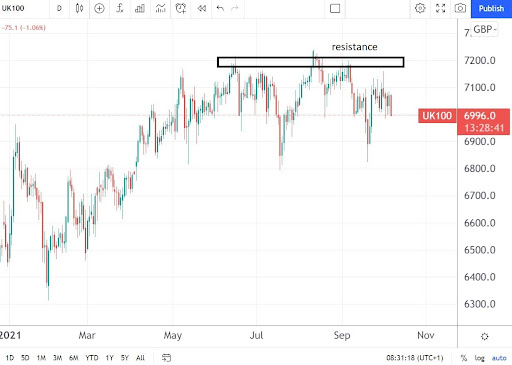 FTSE 100 is back below 7,000 points and heading to major support in the 6,800 area. Technical traders may even talk about a triple top pattern at 7,200. If the future price action will confirm it, then more downside is possible in the period ahead, especially if we see a daily close below 6,800. 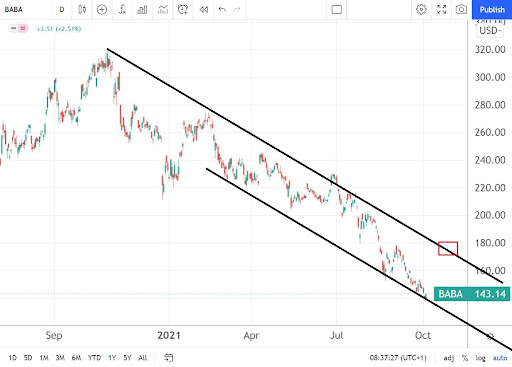 News that Charlie Munger, the fame investor, has doubled down on its Alibaba bet failed to prop up the stock price. Alibaba is in a massive bearish trend that started last year and keeps forming lower lows and lower highs. Only a move above $180 would turn the bearish sentiment around. 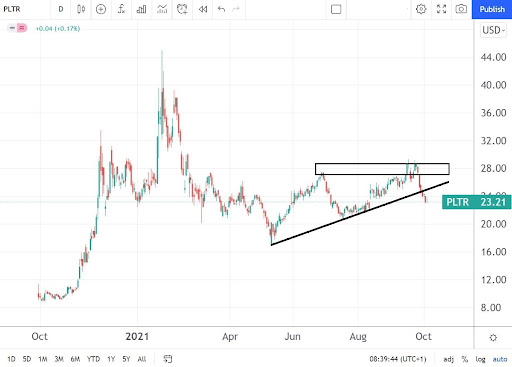 Palantir has just been awarded a U.S. Army contract, but investors are not impressed. The price action looks bearish while below the rising trendline, and $28 is seen as offering strong resistance.

XRP holders won’t join as defendants in the SEC vs. Ripple case 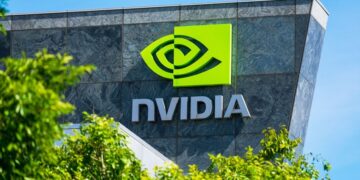 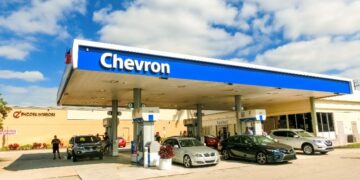 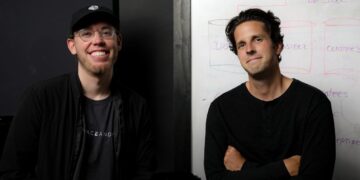 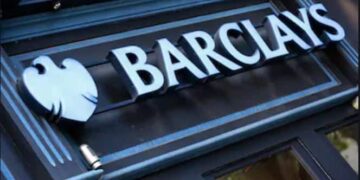 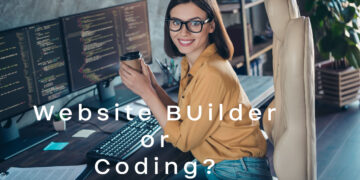 SEC To Set Up Offices for Cryptocurrency Filings

MicroStrategy could buy more Bitcoin by selling $500 million in shares