The stock market consolidation enters its six months in October, as shown by Dow Jones. The index hovers near all-time highs, unable to hold above 35,000 while finding support in the 33,000-34,000 area.

It is not to say that there were no events to move the markets. On the contrary, there were – for instance, the Federal Reserve is on track to remove the stimulus delivered during the pandemic.

Yet, the economic developments supported the stock market. The Dow, and the rest of the U.S. indices, hold near all-time highs because the economy recovered from its 2020 lows. The U.S. economy is expected to post the strongest recovery among G-7 economies if we consider the cumulative GDP change from Q4 2019 to Q2 2021. Hence, the resilience of the U.S. equity markets might just be the result of it reflecting the economic strength.

After yesterday’s decline in the tech sector, the U.S. stock market futures point to a sharp recovery today. The Nasdaq is seen up over 1%, and the Dow Jones is up by 0.59%.

Gold remained under pressure as the U.S. Treasuries advanced. The two have an inversed relationship, and the price of gold trades now around $1,740. Curiously enough, inflation and inflation expectations rally in the advanced world, making many gold investors lose their patience. After all, gold is sought after as a hedge against inflation, but none of that is seen so far.

Oil threatens to break its 2021 highs. Strong demand is responsible for the oil price’s rally, and as long as things do not change, oil’s bias remains bullish.

In Europe, the equity markets opened higher today, up by about 1%, taking their leads from the U.S. futures. It looks like a risk-on day lies ahead, a day when, once again, central bankers hold important speeches.

Nothing matters today for financial markets except the speeches held at the ECB Forum on Central Banking. The Bank of England and Bank of Japan’s Governors, the Fed Chair, and the ECB President are due to talk today, and the market participants will watch closely. 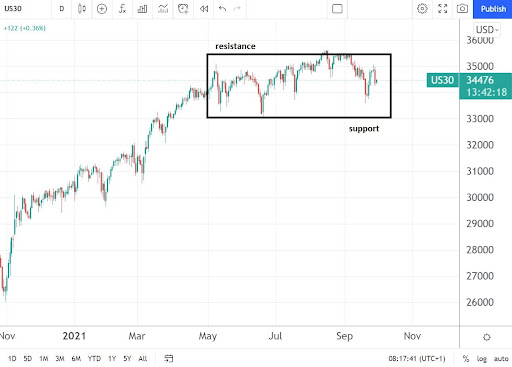 The Dow Jones consolidation enters its sixth month this week. Only a break and hold above 35,000 or below 33,000 will jeopardise the Dow’s rally. 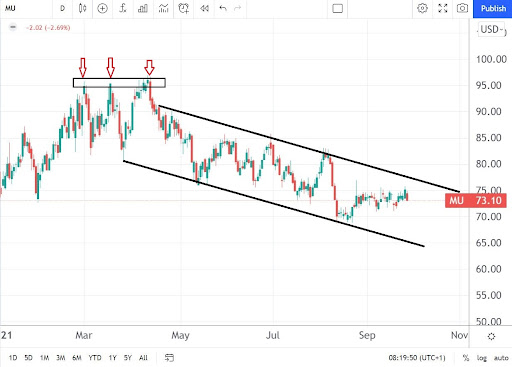 Micron delivered its quarterly earnings this week, and it reported better than expected results. It has beaten both the EPS and revenue expectations, but the stock price is unable to capitalise on the positive results. Micron share price made a triple top in the spring in the $95 area and remained under pressure while in the bearish channel. 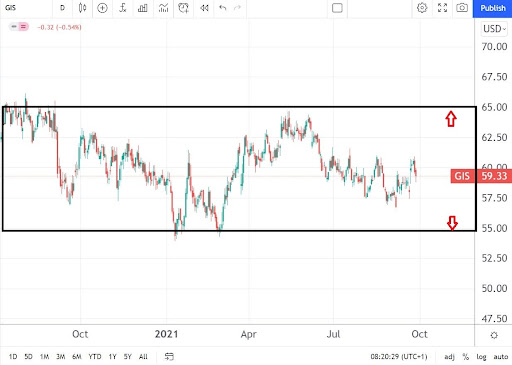 General Mills investors were pleased to find out that the company declared a dividend of $0.51/share. It is pretty much the only good news for investors because the stock price has been going nowhere for more than a year now. General Mills consolidates in a tight area with support at $55 and resistance at $65.

Paychex stock price at all-time highs ahead of quarterly earnings

Europe Digital Transaction Management Market to Generate Revenue of US$ 27,066.1 Million by 2030

How & where to buy VERSE, the new Bitcoin.com DeFi token

Five Below breaks out. Here is the next target for the stock

What to expect from the retailers this holiday quarter?

Paychex stock price at all-time highs ahead of quarterly earnings

Legal education needs to be ‘accessible to everyone,’ says Yale Law School Dean