While inflation data came in last week which showed figures softer than the previous month in the eurozone, the US and the UK, the fight is far from over.

Inflation remains extremely elevated around the globe. I put together the below table which presents the latest inflation numbers across a selection of countries. Remember, 2% is the typical inflation target which central banks set, and which most remain adamant they will fight to return to. I’ll let you read the table below but, suffice to say, these numbers are just a little bit north of 2%.

With these numbers in mind, interest rate hikes won’t be ending anytime soon. While the latest rate hikes of 50 bps in Europe and the US may have been seen as hopeful by some investors, given that it was 25 bps lower than the previous two months which brought 75 bps hikes, the market is very much pricing in more hikes.

The optimism in the immediate aftermath of the positive inflation reading in the US, for example, was quickly dampened, with stocks pulling back following hawkish comments from the Federal Reserve. The below chart shows that December is now looking as bad as most other months in 2022.

While headline inflation has fallen across most major economies in recent months, core inflation has not – which is where the problem now truly lies.

Core inflation is generally considered the better gauge of long-term inflation because it strips out the effects of food and energy. These two measurements are much more volatile, especially this year as the world has been plunged into an energy crisis off the back of Russia’s war in Ukraine.

Last week, policymakers in the US revised their core inflation estimate for next year up to 3.5%, from the 3.1% forecast in September. This is the same week that saw the fall in headline inflation and the (albeit temporary) pump up in the stock market because of it.

This divergence between core and headline inflation highlights the issue at hand. Headline inflation may well have peaked. But core inflation – which is what really matters from a monetary point of view – remains stubbornly high, even if it is rising at a slower rate.

This is why the market has peeled back over the last month, but it is also what should give investors reason to pause when considering entering the market at this juncture. While forecasting inflation and central bank actions has been very challenging in recent times, as long as core inflation remains elevated, rate hikes are inevitable and equity valuations will continue to be suppressed.

With no tangible weakness yet seen in the labour market, perhaps it is no surprise that core inflation remains high. And unfortunately, the only way out of this is through more interest rate hikes.

The worst thing about boom-bust cycles is that, unfortunately, that means that now again, you must endure a bust. 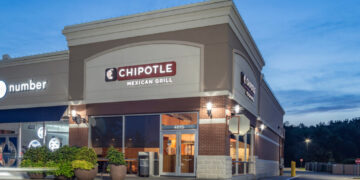 Should you turn bullish on stocks after Fed Chair Powell’s remarks? 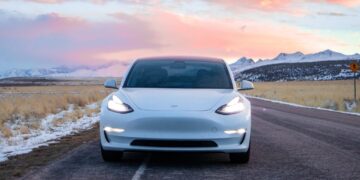 ‘Reports of our death were premature’